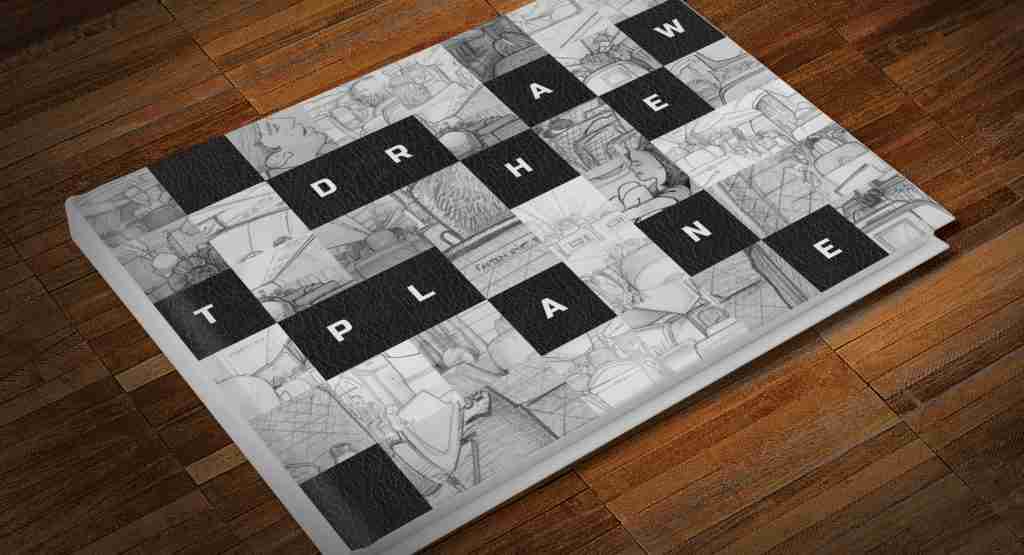 On October 18, 2016, an ambitious Kickstarter campaign was launched with the aim to not only see a special passion project by local Rochester businessman Joseph Mayernik published, but to then donate a portion of the future book proceeds to Make-A-Wish® Western New York.

Known in the Rochester area for his recognizable voice as “The Mayor of Nikville”, a DJ at 90.5fm WBER, a regular in community theatre such as Webster Theatre Guild and Pittsford Musicals, and the former president of the Rochester Advertising Federation (RAF), Mayernik is also co-owner and Creative Director of Brandtatorship, a boutique advertising agency in Western New York that specializes in forging ideas that help companies take charge of their brand (Smashburger, Moe’s Southwest Kitchen, DealerDOCX and Heinen’s Fine Foods).

As a 24-year agency veteran and creative director in the advertising industry Mayernik is never without his pencil and sketchpad. He has been fortunate to fly all over the country on hundreds of planes, and that is where DRAW THE PLANE was born. DRAW THE PLANE is a comprehensive collection of illustrations Mayernik sketched over two decades flying all over the country on various airlines, DRAW THE PLANE starts with his very first sketch on his honeymoon flight from Detroit Metro (DTW) to Tampa International (TPA) in 1997. Each illustration is drawn only during the course of the flight. They are never touched up afterward, or finished by photo the next day. It is a true labor of love for Mayernik, who when reflecting on the evolution of his work shares,

“20 years ago I unknowingly set myself on a journey that allowed me the opportunity to look back and realize that I happened upon something special. One illustration became two, two became 12 which over two decades became 200 plus.”

The illustrations within the book show a progression of his own personal style, growth, and ability as an artist. Each illustration will be reproduced close to original size, accompanied with a short recount of the flight. It includes over 200 illustrations in one hardbound collection. Mayernik has partnered with Make-A-Wish Western New York and their Wishes in Flight® Program and as a stretch goal of the Kickstarter campaign will to donate a portion of the future book's proceeds to help fund their airfare costs, which is Make-A-Wish Western New York’s biggest line item when granting wishes to children with life threatening medical conditions.

“I have been fortunate to fly all over the county during my life in Advertising, and it’s important to give back to the community in which I call home. Helping to raise money and to fund Make-A-Wish Western New York’s airfare costs when they grant wishes is a very worthy cause and the perfect beneficiary from the success of DRAW THE PLANE.”

For Joseph, partnering with Make-A-Wish Western New York is also about raising awareness of donating unused, about to expire, airline miles to the organization. Nationally, Make-A-Wish® would need more than 2.8 billion miles, or 50,000 round-trip tickets, to cover every travel wishes each year. Once donated, airline miles will never expire, and donating miles is one simple way the public can help grant a life-changing wish experience.

For More information including videos and sample artwork http://drawtheplane.com

Kickstarter is a global crowdfunding platform focused on helping to bring creative projects, such as films, music, stage shows, comics, journalism, video games, technology and food-related projects to life. People who back Kickstarter projects are offered tangible rewards and one-of-a-kind experiences in exchange for their pledges. Kickstarter has reportedly received more than $1.9 billion in pledges from 9.4 million backers to fund 257,000 creative projects from around the world.

The Kickstarter campaign is now live!